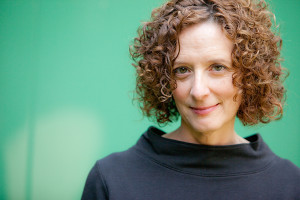 I live in Vancouver, British Columbia with my husband and three children.  I have another son in university.  I was inspired by my children to build a media company with a focus on climate change and the environment and other issues that will effect their lives as they come of age. And I was motivated to provide an example to them of a women entrepreneur creating something from nothing.

In the early days of the company, I worked with a small team at the dining room table with my children often coming in and out and making observations.  To their eyes, we were a bunch of women who spent all of our time playing computer games, and they didn’t understand why, when I was on my computer so much, I tried to limit their time playing the games they loved.  But they tell me they get all that now.

Jenny came to work for Vancouver Observer in 2012, after answering a Craigslist ad.

All the good things that have happened to me in the last decade have come through the Internet.  Well, most of them. So many great reporters and interns answered our ads on Craigslist in the early years, people who became friends and valued colleagues.  More importantly,  I also met my husband online.

Founding National Observer was a challenging task, and although I’d had the idea for years, it took me a while to finally commit.  That meant raising investment funds to be able to afford to build the Drupal publishing platform and create the design.  It meant building a team.  It all began to come together when Bruce Livesey agreed to join the team.  Bruce brought thirty years of experience as an investigative reporter in Canada to the then unknown and as yet not even launched National Observer.  He also came with an important story in hand:  “How Canada made the Koch Brothers rich.”  We launched the site with Bruce’s story and it instantly put us on the map.

The rest, is a narrative that continues to unfold with every new story we post on the site, with our fantastic team, and with our amazing community of readers and supporters who help pay for the journalism we do through crowdfunding and monthly subscriptions.